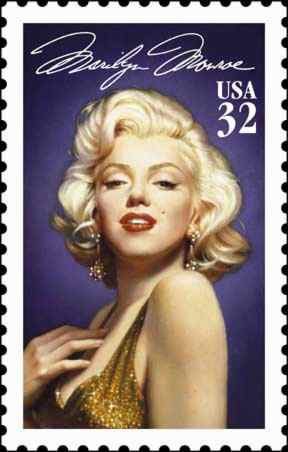 In her posthumously published autobiography, My Story, screen legend Marilyn Monroe wrote: “I knew I belonged to the public and to the world, not because I was talented or even beautiful but because I had never belonged to anything or anyone else.”  There is something eerily prophetic about this quote, given how Ms. Monroe’s fame endures to this day, seemingly undiminished over time.  One can only speculate, however, whether the late superstar formerly known as Norma Jean could have predicted that ownership of her image would still be a hotly debated question over 50 years after her death.  A case currently pending in the Federal District Court for the Southern District of New York,  A.V.E.L.A., Inc. v. The Estate of Marilyn Monroe, LLC, explores the boundaries between Ms. Monroe’s trademark rights and her “right of publicity,” and could be the means by which the rightful ownership of her post-mortem persona
— if any — is finally determined.

When celebrities seek to prevent others from exploiting their images for profit, they often invoke their right of publicity.  The right of publicity, sometimes known as “personality rights,” is the right of a person to control the commercial use of her or his image, name, likeness, or other defining aspect of one’s persona. This can be a photo or drawing of the celebrity, but even something more ephemeral like an idiosyncratic gesture or the distinctive sound and style of a singer.  It should be noted that a cause of action seeking redress for violation of the right of publicity is not the exclusive purview of the famous, and, indeed, fame per se is not an element that need be proven.  However, courts are concerned with the value of the property in question, and tend not to find in favor of those without notoriety, often, it seems, because there is no perceived value in the public persona of the average Joe.

The right of publicity is a creature of state law, either arising under statute or at common law.  However, only just over half the states have expressly recognized some form of this right.  File suit in Indiana and the state statute permits a cause of action, but file in New Hampshire and you can expect your complaint to be dismissed.  In addition, the scope of the right varies according to jurisdiction.  In some states, personality rights are thought to arise under the right to privacy, while other states consider it a form of property.  In the latter states, such as California, this property right survives death and can be bequeathed to heirs.  In the former, such as New York, the right only exists during a person’s life.

Generally speaking, whether a deceased celebrity’s right of publicity passes on to his or her heirs depends on their state of domicile at the time of death. Unfortunately for Ms. Monroe’s estate, she was domiciled in New York on August 5, 1962 when she shuffled off this mortal coil. Accordingly, in 2012, the Ninth Circuit Court of Appeals held that Ms. Monroe’s right of publicity expired when she did; in other words, Marilyn really did belong to the public and the world, as the blonde whom gentlemen preferred suggested so many years before.  But this is not where the story — or the lawsuits — end.

As a basic proposition, a trademark is a word, phrase, design, or other designation that is used to indicate the source of goods or services.  It is an exclusive right that continues indefinitely, so long as the owner of a mark continues to use it in commerce. If another party later uses an identical or similar mark on the same, similar, or related goods or services, and thereby causes confusion in the marketplace as to source, sponsorship or affiliation, then the mark has been infringed and the owner is entitle to enforce its rights.  Originally, trademark rights arose under common law, but have long been enshrined in federal statutory law pursuant to the Lanham Act.

Court have held that Section 43(a) of the Lanham Act entitles celebrities to sue for trademark infringement when others use their persona, without permission, to suggest a false endorsement or affiliation with goods or services.  This may seem quite similar to the right of publicity, but there is a salient difference.  In order to prevail under the Lanham Act, a celebrity has to prove that the consuming public is likely to be confused and mistakenly believe there is an endorsement or affiliation where none exists.  Under the right of publicity, the celebrity must show that the use is unauthorized, but whether there is consumer confusion is irrelevant to the outcome.

It is this false endorsement or affiliation issue under the Lanham Act that is squarely at the heart of the A.V.E.L.A. case.  A.V.E.L.A. sells goods bearing Monroe’s likeness and received cease-and-desist letters from Monroe’s estate after the estate’s purported publicity rights had been nullified.  A.V.E.L.A. sought a declaratory judgment of non-infringement, and Monroe’s estate then filed trademark infringement counterclaims, asserting ownership of a trademark in Monroe’s physical image, irrespective of the expiration of the right of publicity.  A.V.E.L.A. responded by seeking to dismiss the counterclaims, asserting that they constituted a mere attempt to resuscitate Marilyn’s right of publicity. The court recently rejected this argument, holding that the causes of action were different because the trademark claim required proof of likelihood of confusion.

So the case continues, at least for now.  It will be interesting to see whether Monroe’s estate can prove that the public is likely to believe that a woman dead for more than half a century is currently endorsing products.  For the record, A.V.E.L.A. raised this issue in its motion to dismiss, but the court was not persuaded, leaving the issue of the viability of Monroe’s post-mortem endorsement claims for a later stage in the litigation.