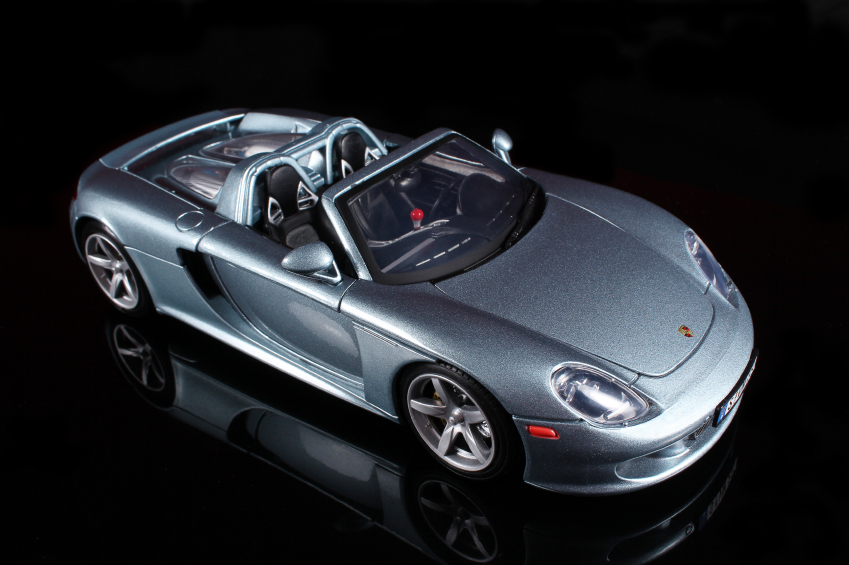 The German carmaker, Porsche AG, which designed the iconic 911 Carrera sports car, owns the European Union and German “CARRERA” word mark, registered for “automobiles” in class 12. How far beyond automobiles does the protection afforded by that registration extend?  Pretty far, according to recent outcome of a long running European trademark dispute, which affirmed that Porsche’s trademark protection extends to “complementary” products, and also to dissimilar products if the applicant is seeking to take unfair advantage of Porsche’s reputation.

In February 2007, Mr. Kurt Hesse sought to register CARRERA as a European Union trade mark for a wide range of goods in class 9 including “apparatus for recording, transmission or reproduction of sound or images”, “DVD players”, “television receivers”, “USB sticks”, “home cinema” and “mobile navigation apparatus, in particular satellite-based mobile navigation apparatus.” Five months later, Porsche filed an opposition to Mr. Hesse’s application with the European Union Intellectual Property Office (EUIPO) on the basis of its two prior CARRERA marks. Porsche claimed that there was a risk of confusion because the products were similar and also that the applicant was seeking to take unfair advantage of the reputation of the earlier marks.

On 25 February 2010, the Opposition Division rejected Porsche’s opposition in its entirety. The Opposition Division held that the goods covered in Mr. Hesse’s application were different from those covered by Porsche’s earlier marks because their method of production, manufacturer, distribution, nature and purpose were different, because they were not in competition with automobiles, and because the differences between the products were so significant that the Mr. Hesse’s products would not be taking advantage of the reputation of the earlier marks.

The Fourth Board of Appeal

Porsche appealed and, on January 11, 2011, the EUIPO Fourth Board of Appeal annulled the Opposition Division’s decision and allowed the opposition in respect of all the goods. The Board of Appeal found that, as regards Mr. Hesse’s “mobile navigation apparatus, in particular satellite-based mobile navigation apparatus,” there was a likelihood of confusion because these goods are complementary and similar to “automobiles.” In other words, these devices are “aimed exclusively at the driver of a motorized vehicle travelling in public traffic areas.”

Second, for the remaining goods, the Board of Appeal considered that there was no similarity with automobiles (which is pretty obvious with respect to “home cinema”) but that the applicant was seeking to take unfair advantage of the distinctive character of the opponent’s trademarks. The Board of Appeal found that the CARRERA trademarks had a reputation for “automobiles” in Germany and held that these trademarks “embody an image of luxury, high tech, high performance and success. As a result of its considerable reputation, there is therefore the risk that consumers will purchase the identically marked goods of the applicant just because they are attracted to these trade marks due to the image associated therewith”.

Mr. Hesse challenged the Board of Appeal’s decision before the General Court, on 27 November 2014 (Case T-173/11). The General Court affirmed the Board of Appeals, referring to its own case law according to which “goods or services which are complementary are those where there is a close connection between them, in the sense that one is indispensable or important for the use of the other in such a way that consumers may think that the responsibility for the production of those goods or provision of those services lies with the same undertaking.” Case T-316/07 Commercy v OHIM, Case T‑169/03 Sergio Rossi v OHIM, Case T‑31/04 Eurodrive Services and Distribution v OHIM, Case T‑420/03 El Corte Inglés v OHIM.

The European Court of Justice

However, the ECJ dismissed Mr. Hesse’s claim on that point and ruled that “although the complementary nature of the goods at issue represents only one factor amongst several others — such as the nature, the method of use or the distribution channels of those goods — in the light of which the similarity of the goods can be assessed, the fact remains that it is an autonomous criterion capable of being the sole basis for the existence of such a similarity” In other words, according to the ECJ, the similarity between the goods in question may result from one factor only, the complementarity between the goods.

Insofar as this decision departs from Canon, it may represent a turning point in the assessment of the similarity between goods. It remains to be seen whether this trend will continue.